Architect, and passionate advocate of high level building performance “practices what he preaches”

Roger Burton looks back on his career with a wry smile as he recalls setting out as newly qualified architect with the ambition to one day build his own “highly energy efficient” home.

“Practice what he preaches”

Having spent more than 40 years practising as an Architect, specialising in the low energy design of a range of buildings including hospitals, health centres and schools  and, more recently, one off, high performance residential dwellings, Roger Burton looks back on his career with a wry smile as he recalls setting out as newly qualified architect with the ambition to one day build his own “highly energy efficient” home.

Roger has developed a career long passion for low energy design, environmental sustainability, construction quality and building performance, and has spent much of his  career  working with clients and extolling the benefits of passive design and energy efficient construction, what we now might call Low Carbon design. It was a discipline  originally aligned towards building occupiers in the Health Sector  who needed high performance buildings which would, over their lifetime, prove to be operationally lower cost to run than “the norm”. 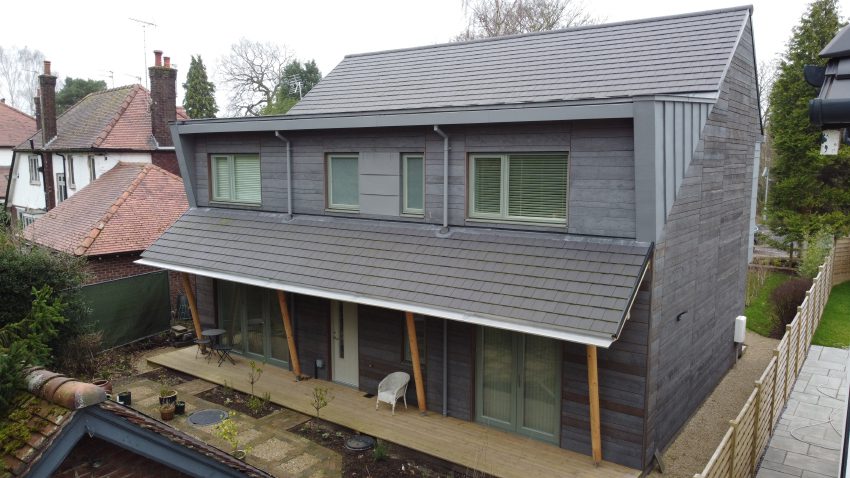 The first Passivhaus emerged onto a waiting world in 1991 but it was 20 years later in 2010 that Roger became one of the first Passivhaus Designers in the UK certified by the BRE (Building Research Establishment).  Actively influencing the industry in the promotion of the benefits of sustainability, he was author of a number of guides, lectured and contributed to the debate around sustainability and climate change with membership of a number of industry bodies including the RIBA’s Ethics and Sustainable Development Commission.

10 years later in 2020 Roger committed to an MBC Passive Timber Frame for his new build in the South Manchester area. His ambition to build his own Zero Carbon home was underway.

“For me, choosing MBC Timber Frame to supply the superstructure of my new house was a reasonably straight forward one – they had a good offsite engineered system which met the desired U Values for the walls, roof and ground floor slab for my Passivhaus project as well as the quality of a product manufactured in a factory environment.

“It was the inclusion of the thermally insulated slab for the building to sit on and the achievement of a tested, low air leakage and thus negating the need for a series of separate sub-contractors, which, as well as the timber frame panel construction method, confirmed my thinking,” he says. 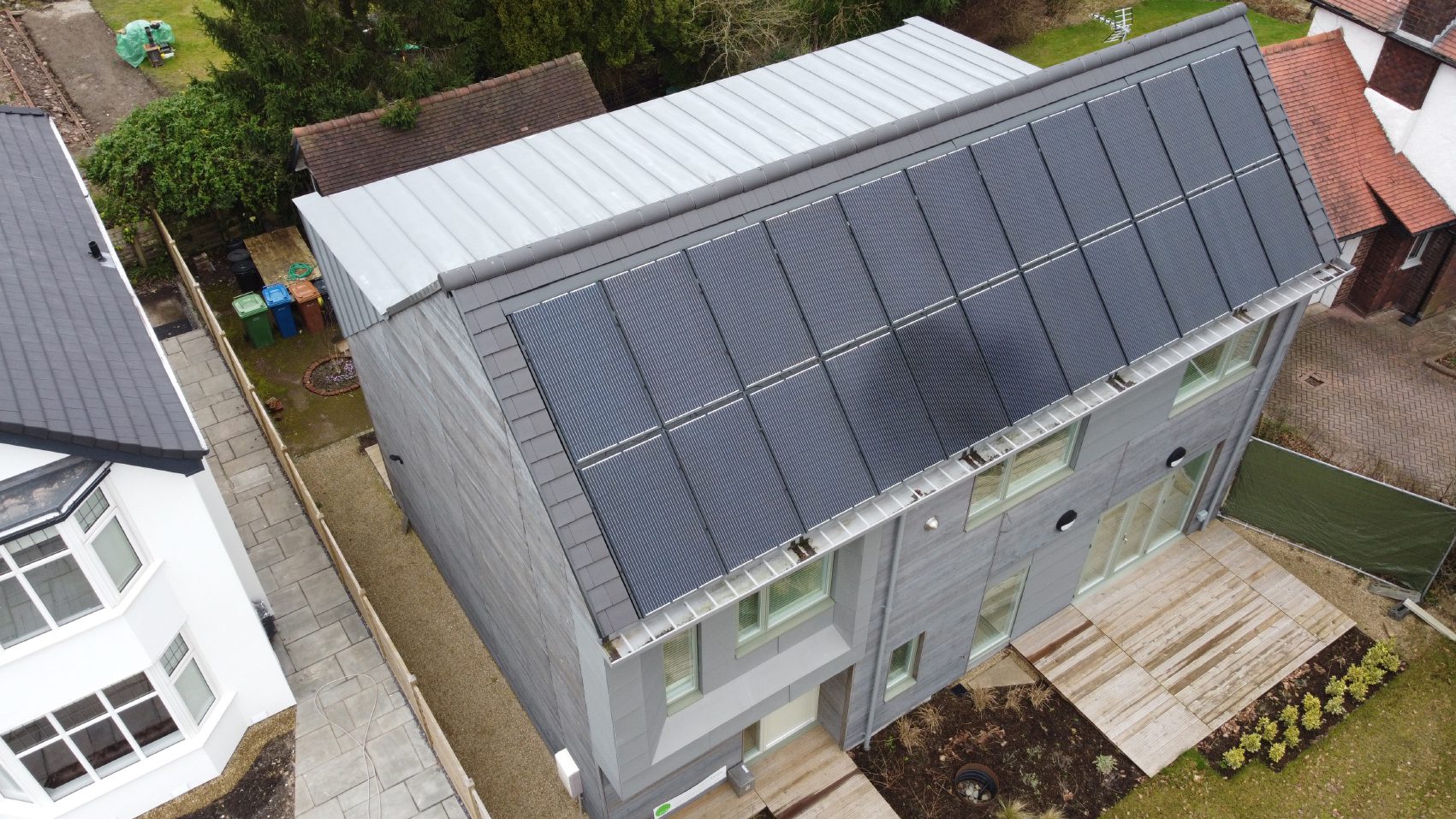 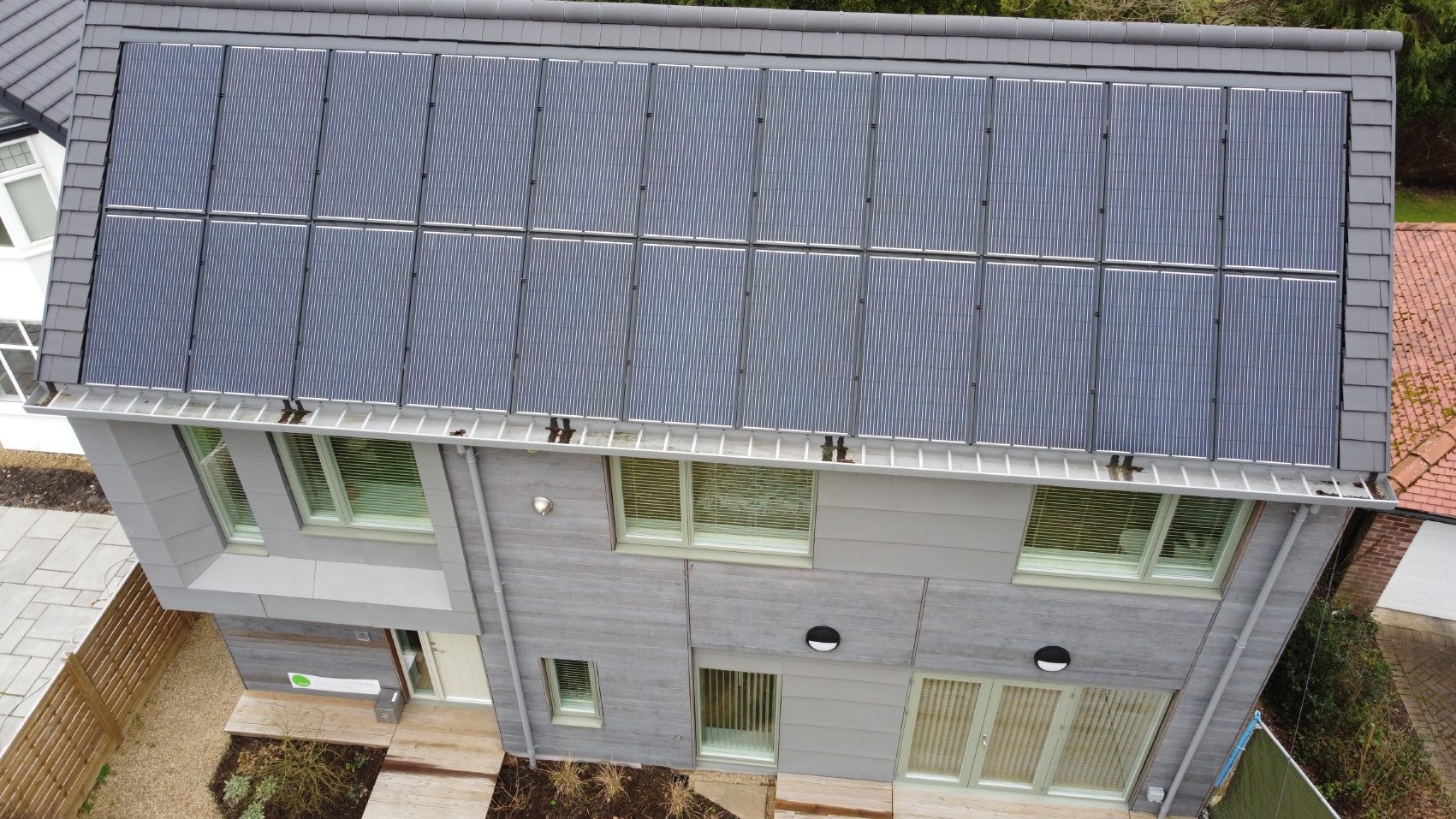 Building to Passivhaus standards is a rigorous process requiring considerable attention to detail and Roger is happy that the exacting standards he set not only himself but also his suppliers have been met in his recently completed new home.

“Once the slab was completed the frame went up in less than two weeks and once windows and doors were installed we were ready for an air tightness test (achieving a commendable 0.33 ach ) and insulation which was blown into the continuous cavities in the external wall construction,” commented Roger.

In acknowledging that he is something of a perfectionist he is quick to point out that during his new home build process there were learning points which, whilst at the forefront of  Low carbon design now, should and will become far more the ‘normal’ as self-builders strive ever harder to reduce the “whole life” carbon footprint of their new home and we build Zero Carbon homes as a matter of course.

Roger’s new home, as any Passivhaus, has an extremely small heating demand and has no conventional heating system. This is an important step towards achieving a Zero Carbon performance. It is off the gas grid – an all-electric home with a substantial part of the hot water needs of the house being satisfied by photovoltaics. Its mechanical ventilation and heat recovery system was designed and installed by Roger and this contributes to the homes energy efficiency while providing continuous fresh, filtered air, 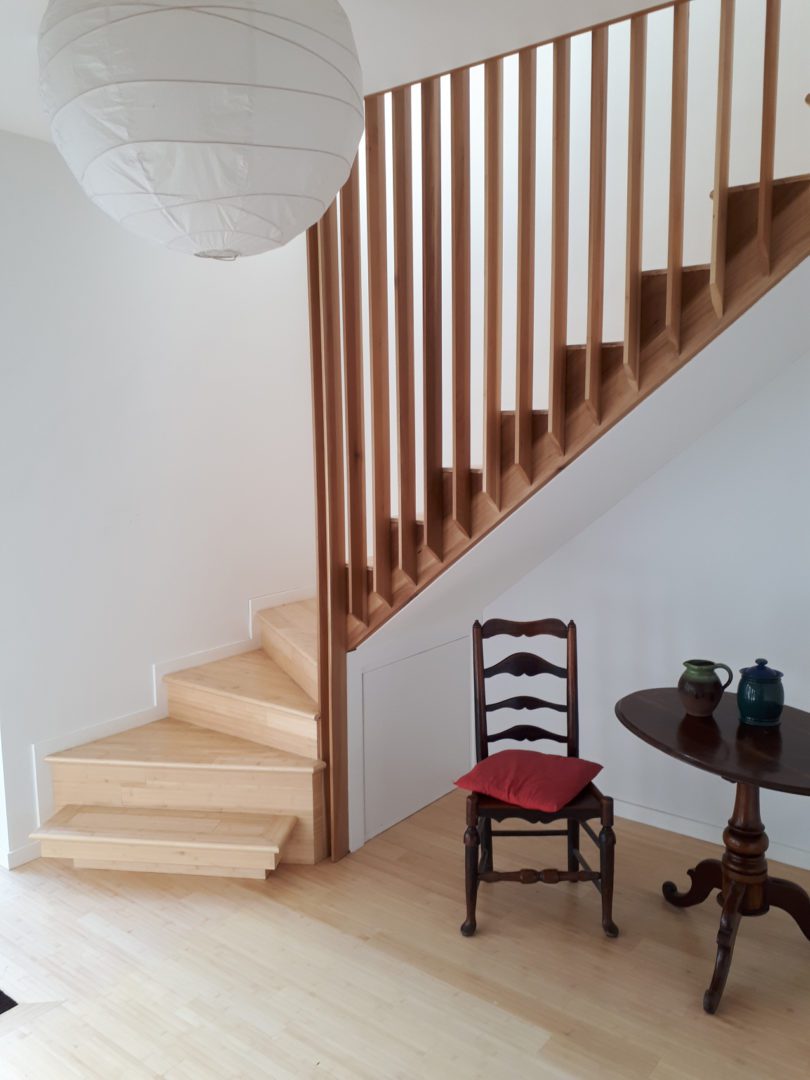 A large roof-mounted arrav of photo-voltaics, 6.6Kwp, has been installed which, with battery storage, is anticipated will satisfy or exceed all of the home’s electrical requirements balanced over a full year and in doing so achieving Zero Carbon in operation alongside low embodied carbon, captured or utilised in materials and construction.  Coupled with a large domestic water storage cylinder, a ‘Solar iBoost’ system diverts solar energy to the hot water demand before export to the grid and thus maximises the capture of solar energy throughout the year.

Externally, the house manifests all the hallmarks of an architect’s home. Design features which underpin a clarity of forethought that anyone considering a self-build would do well to try and emulate. Just a couple of examples can be noted from the exterior pictures showing the roof with PV panels “counter sunk” into the rooftile area rather than sitting on top of the tiles – an altogether far more appealing look.

The Larch timber cladding was sourced  locally from a ’not for profit’, community benefit organisation, “Tree Station”, who, utilising waste wood sourced in the area, cut, prepared and treated the Larch board ready for fixing, in this case supplying the boards in varying depths in order to match exactly the needs of the cladding around windows and other features. .

The timber treatment is a thin bodied Tar oil manufactured by heating resin-rich pine trees in a furnace then diluted with gum turpentine. Applied to the boards, it provides decades long protection.

Wearing his professional hat, Roger is more than happy to assist any self builders considering a Passivhaus build. 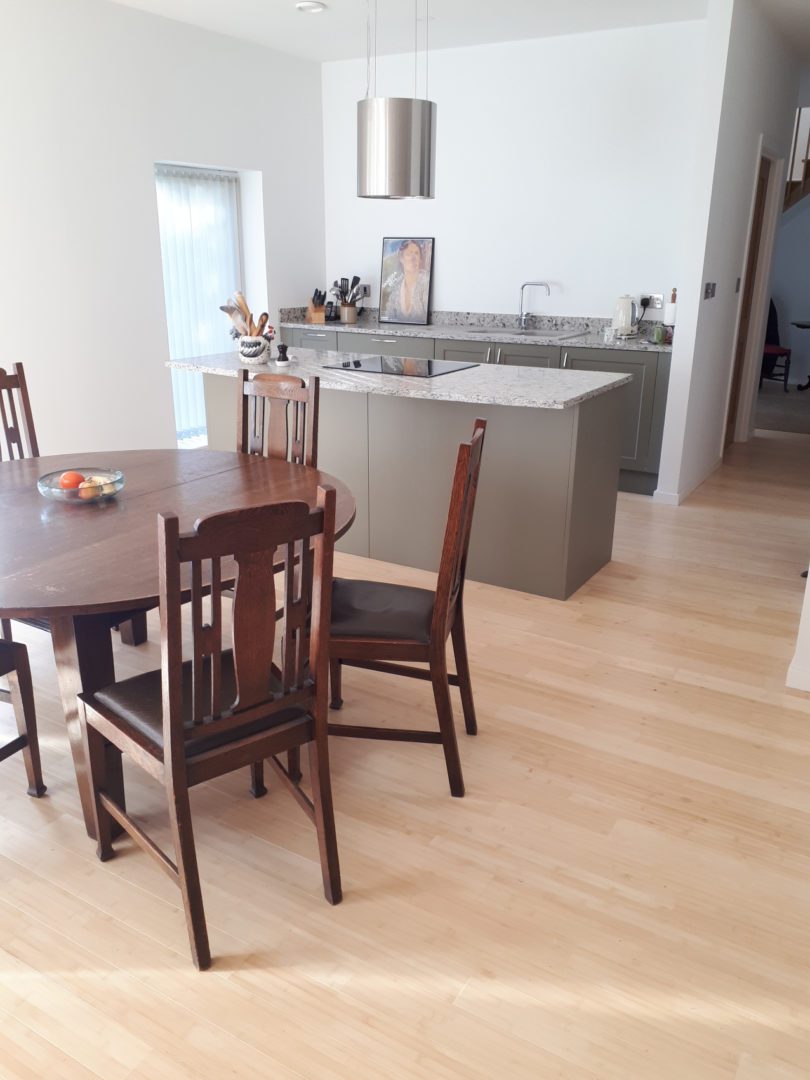 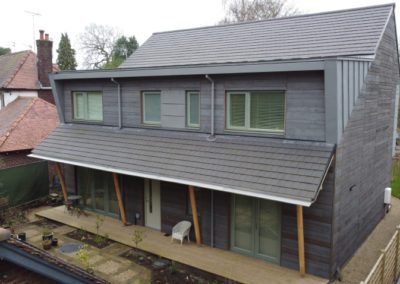 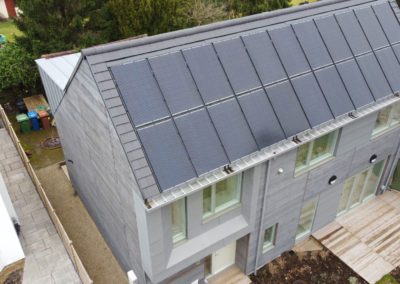 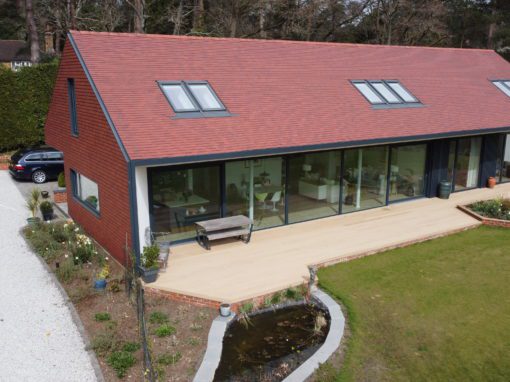 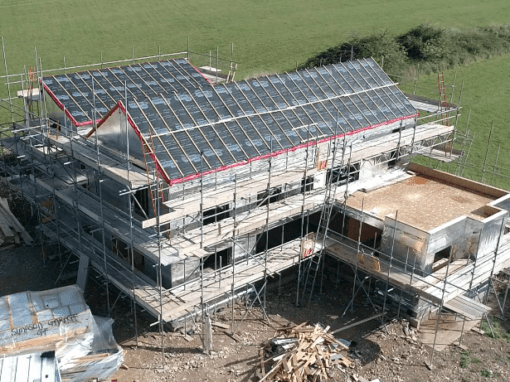 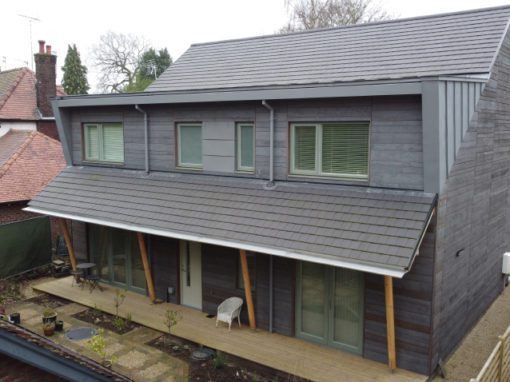 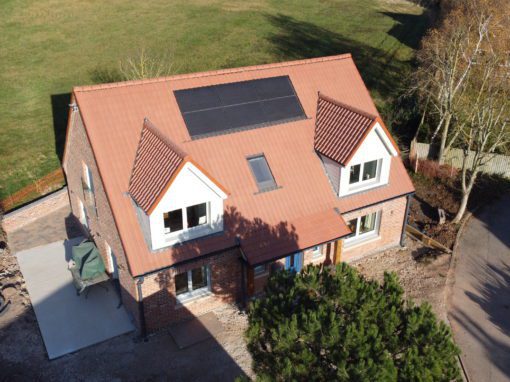 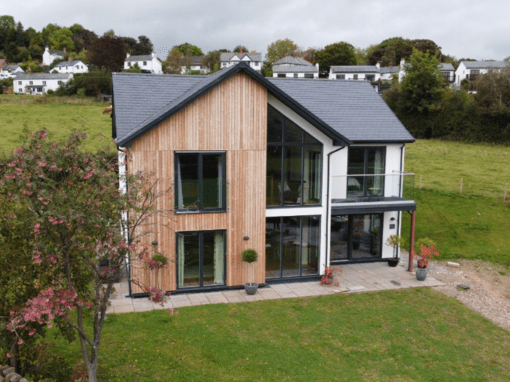 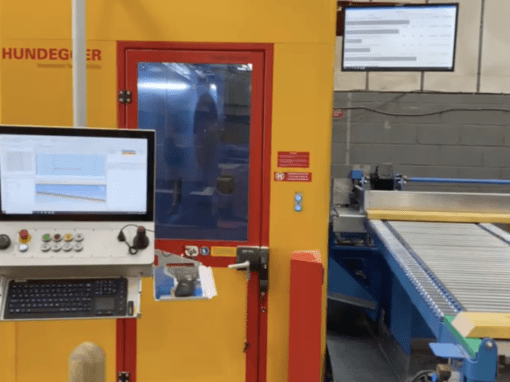 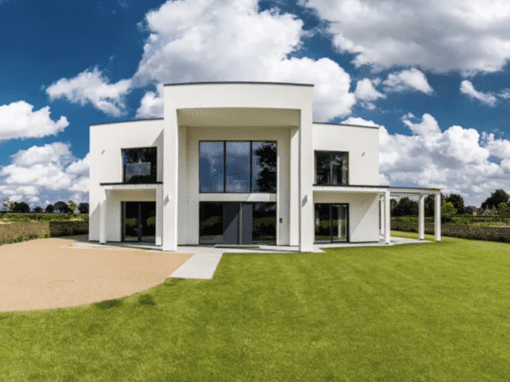 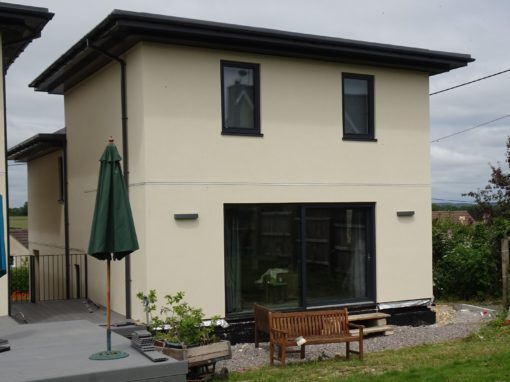 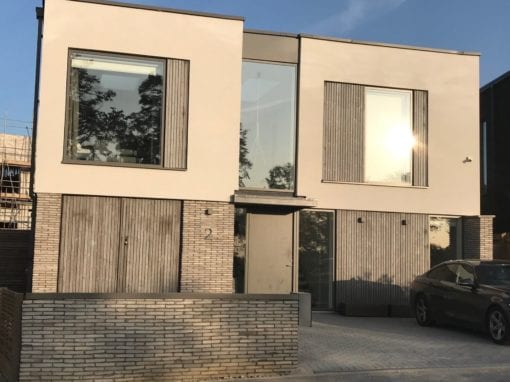 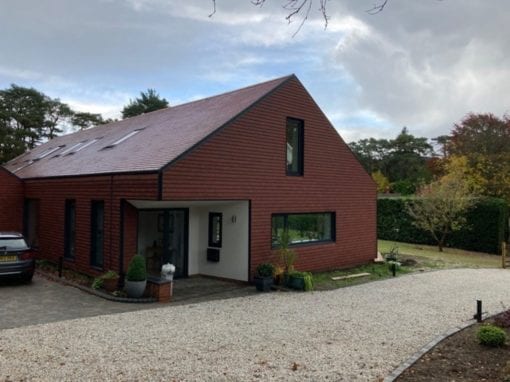 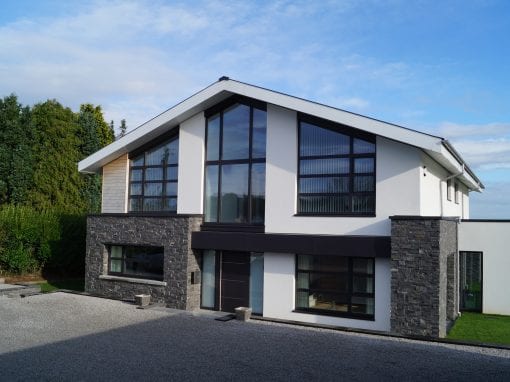 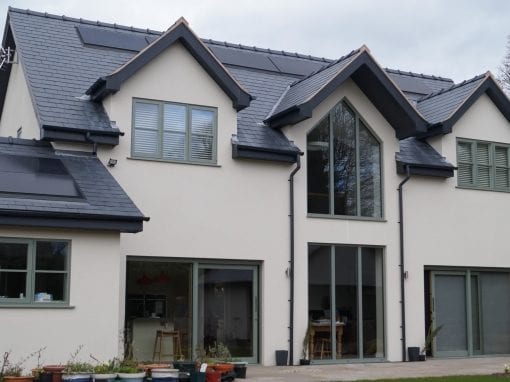 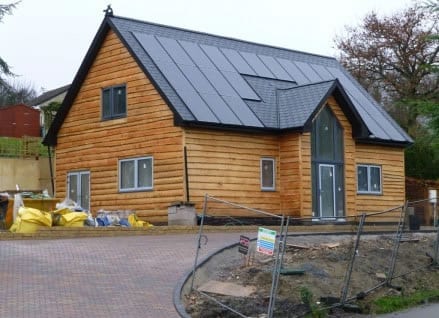 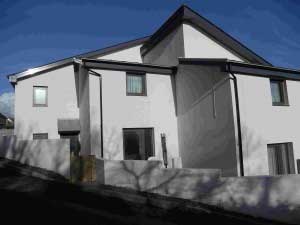 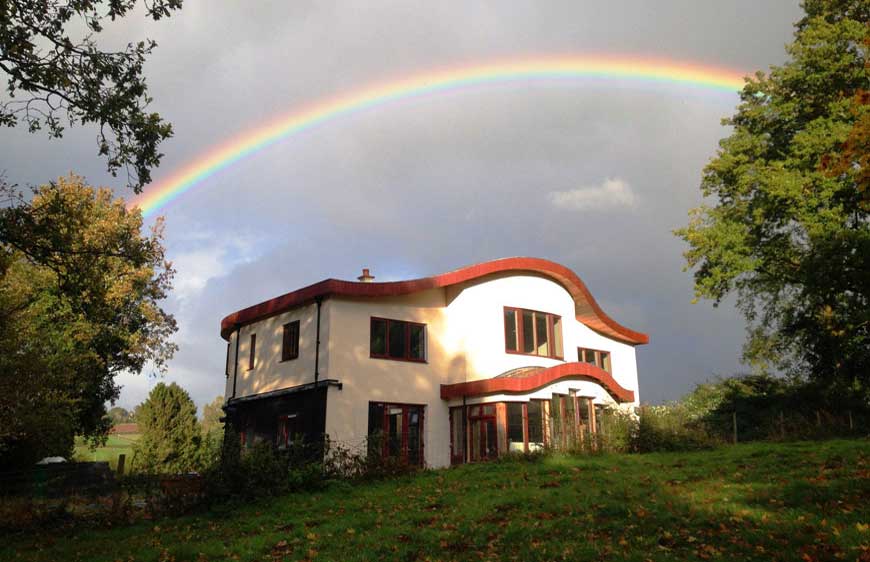 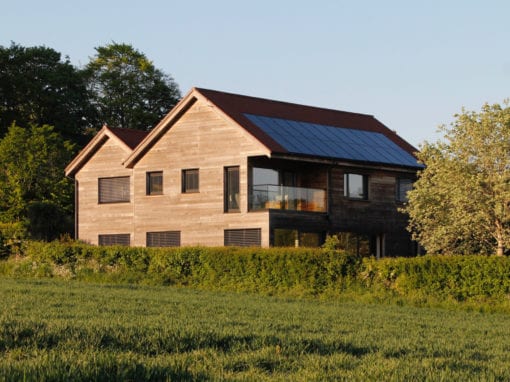 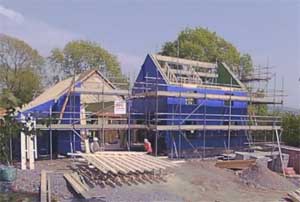 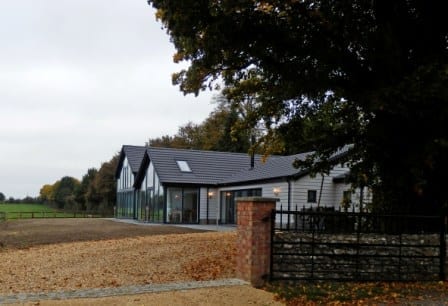 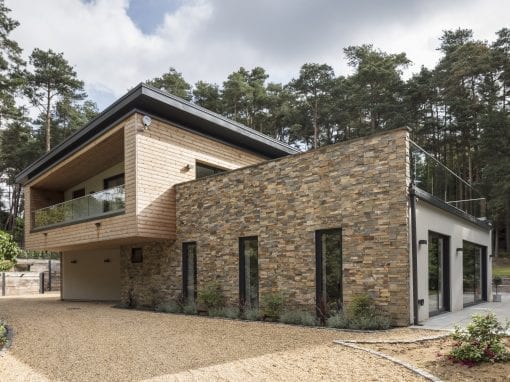 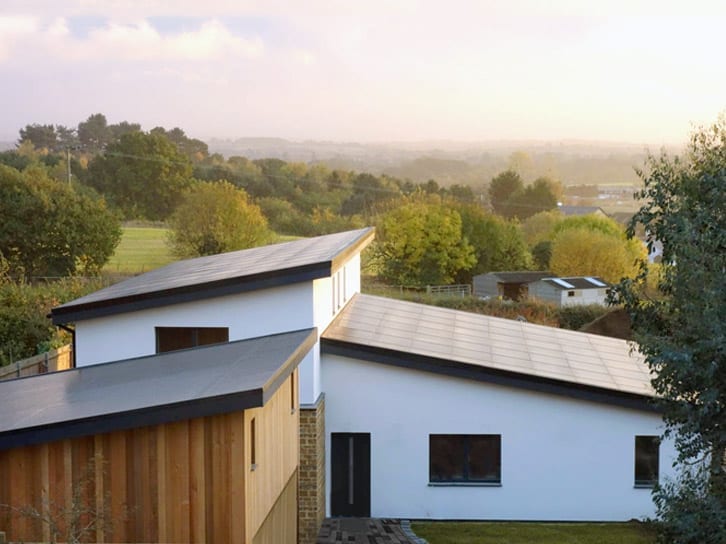